As Thinking Man mentioned in a ‘weekend quick take’, last week the Federal government announced that they had sent over a million stimulus checks (totaling roughly $1.4 B) to dead people by mistake. Yes, dead people. If that isn’t a good enough reason to realize that voting by mail is a bad idea, here is one more-a practical example where it was tried. END_OF_DOCUMENT_TOKEN_TO_BE_REPLACED

So tell me again why Gov. Cuomo’s opinion on how to handle a pandemic matters? He should probably look in the mirror if he is trying to find where the problems have been.

The US Government and Accurate Records

The US Treasury Dept. announced this week that well over a million stimulus checks, for $1.4 billion, where sent to people who were dead. THAT shows us why voting by mail is a really bad idea.

Mark Zuckerburg, founder and owner of Facebook has testified before Congress to account for several confirmed and alleged misdeeds. Facebook has had to pay fines more than once for sharing private data without authorization or contrary to their own guidelines. Among the other instances was a charge that it was disproportionately censoring conservative posts and comments. Zuckerburg denied the widespread charges and said there were strict guidelines used to monitor conversation on his platform.

In a recent undercover investigation, it seems that may not actually be the case. In the most blatant case, Facebook ‘content monitor’ Lara Kontakos is quoted on cell phone video saying that when she sees symbols backing certain political candidates she “deletes them for terrorism” She then turns to look at her co-workers and says “I think we are all doing that.”

‘Protesters’ in Madison, WI last night hit a new low. Low, because in this case, it’s not about protesting injustice, it’s about wanton destruction for no reason other than they want to destroy…. for the fun of it. And, worse, are using an important issue to ‘justify’ their lust for violence. They are just terrible people and blights on society in every possible way. END_OF_DOCUMENT_TOKEN_TO_BE_REPLACED

It’s hard to talk about issues in the context of very emotional times. And the death of George Floyd, caught on video, has certainly highlighted a long-standing issue and raised strong feelings in the country.

However, one underlying theme has become concerning. It is a difficult to talk about and deal with issues of tolerance of dissent, more so when it may involve topics and opinions that many may find repulsive.  But an intelligent society can’t survive if it allows itself to be driven solely by passions of the moment, even if the roots of those passions are justified. END_OF_DOCUMENT_TOKEN_TO_BE_REPLACED

In the news today comes a story about NBC trying to silence its competition.

NBC was proud of itself yesterday, and reported that it had gotten Google to ban ads from the conservative media outlet The Federalist, and one other media outlet for what NBC claimed was ‘hate speech’. END_OF_DOCUMENT_TOKEN_TO_BE_REPLACED

A story that has captured a hopeful, valiant, inspiring moment in a troubled Britain, and troubled world — reports and pictures of a Black Lives Matter protester hoisting an injured man, suspected of being a radical counter-demonstrator, onto his shoulder to extricate him from a violent melee near Waterloo Bridge. END_OF_DOCUMENT_TOKEN_TO_BE_REPLACED

@zoom_us, the video-chat company just admitted to deactivating the accounts of Chinese pro-democracy activists — because China demanded it. What’s worse, the activists were based in the United States.

It is the height of hypocrisy when we vigorously oppose racism in one form but don’t oppose it in all forms. But in our world, seemingly dominated as it is by political partisanship and personal self-interest, there is one time when it’s acceptable, when making racial comments is overlooked.  And that’s when you are attacking conservatives. END_OF_DOCUMENT_TOKEN_TO_BE_REPLACED 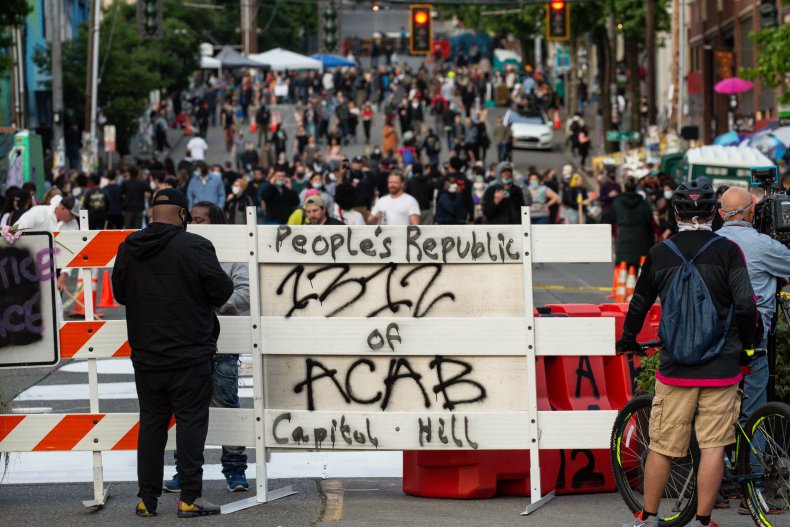