Tennessee State Representative John Deberry, a Democrat from Memphis, compared the current civil rights struggles to the struggles of the 1960’s. In doing so, he referenced his parent’s participation in the battles for equality during his younger years.

Below is an article talking about his speech before the TN Legislature. His message is important and worth hearing

CNN Contributor and Senior Lecturer at Yale, Asha Rangappa, doesn’t like when people correct her. And she threatens them when they do. END_OF_DOCUMENT_TOKEN_TO_BE_REPLACED

Sen. Rand Paul walked outside last night, leaving work to go to his home in Washington DC. He was mobbed by ‘protesters’, demanding that he join them in ‘saying her name’ (referring to Breona Taylor, a woman killed in a ‘no knock’ police raid). Paul, by his own account feared for his personal safety and only escaped by the quick intervention of DC police. ‘Protesters’, who now routinely threaten bystanders, didn’t seem to care that Sen. Paul has introduced legislation to outlaw ‘no knock’ police raids in response that that very incident.

Because, you see, the ‘protests’ aren’t about justice and equality anymore. They are about mindless, blind rage, intimidation and destruction

Last week and this week, the major political parties held their conventions to formally nominate their candidates for President. While the professional politician class of both parties are preparing to spend record amounts on political campaigns this year, a large part of the rest of American is suffering. END_OF_DOCUMENT_TOKEN_TO_BE_REPLACED

Like Loading...
Sunday evening in Kenosha, WI police shot a black man seven times. Video of the shooting has gone viral and Kenosha has seen riots and destruction for the last three nights.
Julia Jackson, the mother of Jacob Blake who was the man shot by police spoke out last night.

END_OF_DOCUMENT_TOKEN_TO_BE_REPLACED

Al Gore trying to stay relevant, the NBA’s flexibility and a surprise endorsement in the race for President, all in this edition of Quick Takes. END_OF_DOCUMENT_TOKEN_TO_BE_REPLACED

An Iowa State University professor recently threatened dismissal to any student who disagreed with her.

And THAT is the problem with public higher education. END_OF_DOCUMENT_TOKEN_TO_BE_REPLACED

Yesterday, police in Kenosha, Wisconsin shot a man half a dozen times at close range. Though we must always wait for all the facts, video of the incident looks real bad. The man was shot at point blank range and there is no apparent reason other than he is disobeying an order to stop walking away.

Within hours, protests had turned to riots. Businesses away from where the incident took place were burned, including a car dealership and the people woke up to find the city was ‘a scene out of hell’, according to one resident. 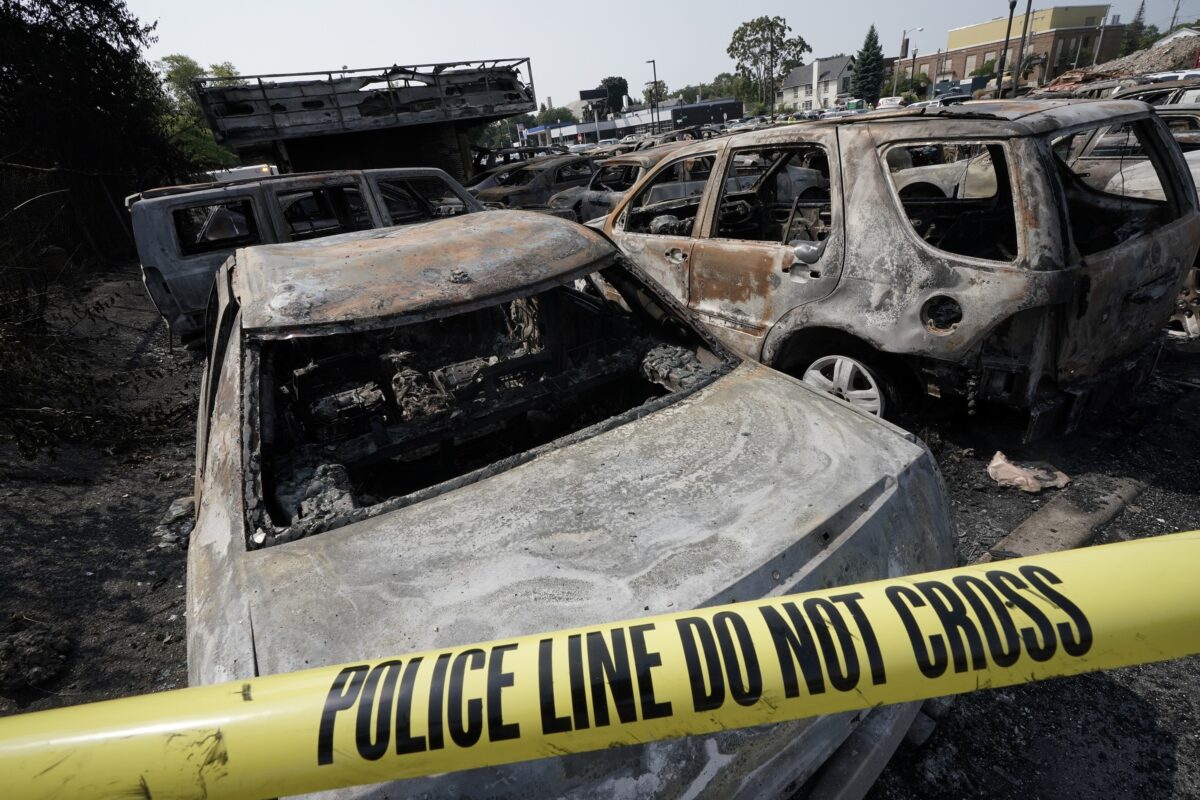 The Post Office in town had to be closed today because of the threat of violence. The Mayor, less than 24 hours after the incident, tried to hold a press conference to give an update on what was being done. The Mayor came outside to share information but was shouted down by the same people who were supposedly demanding answers. He was forced to move the conference and limit attendance because of the unruly protests and unsafe situation and even when he did, the doors were ripped off their hinges as rioters tried to get in.

Riots began even before the sun went down. If there is a crime committed, we should allow that criminal prosecution play out or at least see if that system is going to work. Rioting began before a police report could even be filed. The incident came late on a Sunday afternoon and the officers were already pulled off their jobs by morning.

It’s hard to imagine how the city could have moved faster to address the disturbing incident. Protesters say they want justice. But yet they did not wait for anyone to even respond and when the Mayor tried to respond, he couldn’t. Given the video, it’s easy to see how people are outraged. It’s not easy to understand how they immediately start rioting, burning a car dealership, smashing windows and doing a lot of damage to people who had nothing to do with the incident.  There wasn’t even a chance to carry out any semblance of justice, much less an investigation.

This mindless lashing out only serves to defeat the purpose. It turns people off, because the object is clearly not justice. It’s blind violence against anyone and anything near by. We can’t keep reacting like this. It will destroy our country and worse, destroy out soul. Justice should be served. It should not be served by an angry mob.

Jacob Blake, the man shot by the officer, is listed in stable condition as of late Monday afternoon. May his family find strength is the difficult time.

Last week, a group estimated at just over a hundred people gathered to protest for mail-in voting, suggesting that during the pandemic that in-person voting was too dangerous.

So If I am following, a hundred people all got together in person to say that in person voting is dangerous and shouldn’t be allowed?

At this past week’s Democratic National Convention, one of the highlighted segments was regarding immigration and, specifically, the case of Alejandra Juarez.

The funny thing about her case, which wasn’t highlighted of course, was that she tried to sneak across the border originally in 1998 and was deported by the Clinton Administration. She sneaked into the country again, contrary to the requirements of her deportation order, and was caught  during a traffic stop in 2013 and turned over to the Federal government due to the earlier order. The Obama Administration held her and began deportation processing and the case has dragged on until 2018, when she was deported in accordance with the charges filed when she was taken into custody in 2013.

Law and order, and North Korea deprivations. All in this Thursday’s quick updates of items in the news. END_OF_DOCUMENT_TOKEN_TO_BE_REPLACED